One hundred and forty three years later, Waratah is once again poised to become a centre of wealth and economic growth. It’s not there yet – but it’s ready. Ironically, some of the challenges faced by the early pioneers have become the very essence of what makes it a potential goldmine today. The pristine environment, the unparalleled natural beauty and riches and the wildness of the environment have become the beacon of light for todays’ prospectors.

Where distance and access were difficult over a century ago, today the location and proximity to major entry points to the North of the Island State has seen Waratah named as a ‘Gateway to the Tarkine”– a major tourism drawcard for the market which is increasingly rejecting highly commercialised and scripted nature-based holidays in favour of more authentic and personalised wilderness experiences.

Todays’ tourists have more money, but less time. They want to escape the bustle of their city lives in search of a true wilderness experience. They want to stand in silence – alone with nature – and feel its power. They want to be dwarfed by trees that reach the clouds, tiptoe through forests where the colourful, charismatic fungi and tangled webs of inexplicable greenness inspire imaginings of fairies and goblins. They want to hear native animals scuttle through thick undergrowth as they walk through rainforests unexplored, untouched, for thousands of years – because catching a glimpse of native animals ‘in the wild’ is worth talking about and paying for.

History is also important – tourists want to immerse themselves in the stories and characters that have moulded and shaped the places and faces of today. What better way to understand the lives of the pioneers of the past than to walk where they walked – to see the primitive environment as it was through their eyes – to draw in breath and smell nature at its cleanest and rawest.

Imagine a past life with no internet, no phones, no infrastructure, no electricity, no transport. In Waratah today you can stand and admire the vastness of the wilderness and pay homage to the pioneers of the past who, despite the seemingly insurmountable obstacles before them – took on the challenges and overcame them - to be rewarded tenfold.

Waratah is a town that ticks all the boxes. This is a town with as much history, if not more, than any other town in Tasmania. However Waratah’s history is not filled with convicts and villains, but with pioneers, prospectors and innovators. There are so many staggering facts surrounding this quaint little settlement than it is almost hard to believe.

For example, in June 1883, just 3 years after Thomas Edison invented the incandescent light bulb in New York City, Waratahs’ Mt Bischoff Mine became the first Australian Industrial Plant to be lit with hydro-electricity.

This innovative spirit was also applied to the transport dilemma. Initially bullocks hauled the riches of the Bischoff mine to the Port of Burnie in a treacherous 10 day return trip. By 1877 this was replaced by a horse drawn wooden tramway – still a 13 hour one-way journey in bad weather. Thought to be the longest horse drawn tramway in the British Empire at the time, it was quickly seen as impractical and expensive to maintain. In 1884, the trail blazing steam driven railway from Emu Bay to Waratah was completed by the VDL company - shortening the trip to 3 ½ hours each way – and opening up access to the further frontiers for the Gold, Silver, Copper and Zinc mining prospectors in the years to follow.

Waratah and its surrounding wilderness were home to the elusive Tasmania Tiger. There is photographic evidence proving its existence up till 1933, and some say the Tiger still lives there today. A Hollywood movie was filmed there is 1925 -based on the book “Jewelled Nights”, by Marie Bjeke-Peterson (Aunt of Joh) and starring the glamorous Miss Louise Lovely. Then there was the emergency crash landing of two RAAF Hawker Demon Fighter aircraft in 1937 – the propeller of the A1-3 still decorates the entrance hall at the Bischoff Hotel today.

Waratah is a town with a bounty of colourful characters, legends and stories. It is a town for which the saying ‘fortune favours the brave’ could not be more true - with a legacy of bold men and women, of pioneers and entrepreneurs who found unimaginable riches amongst unsurpassed natural beauty.

Todays’ pioneer will undoubtedly face challenges, however access is no longer one of them. A sealed highway provides an easy 45 minute drive from the City and Port of Burnie – there are two airports within an hour and a half (one at Burnie/Wynyard and the other at Devonport) - and Tasmania’s only passenger ferry bringing tourists daily into Devonport. Launceston airport – with discount airlines flying passengers in for less than the cost of a nice lunch - is an easy 2 ½ hours away.

It’s on the doorstep of the Tarkine – Australia’s largest temperate rainforest – and the iconic Cradle Mountain is also a 45 min drive. Waratah is the perfect affordable base for travellers to explore the Tasmanian wilderness. There is a spectacular waterfall in the middle of town – numerous easy access walks and scenic drives, a caravan park so pristine it looks like a golf course, historic buildings and interactive interpretation centres and a museum packed with historical treasures.

World economic climate has hit tourism hard in the past years, and changing demands from savvy travellers will see the need to further develop tourism product and increase service levels in and around the town.

But the bones are there.

All that’s needed is a modern day pioneer to make it happen again. 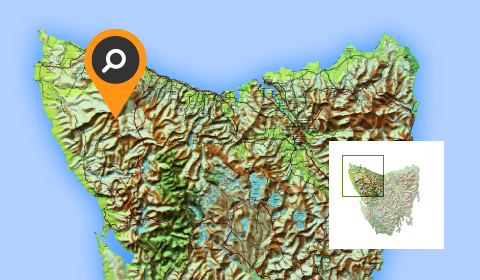 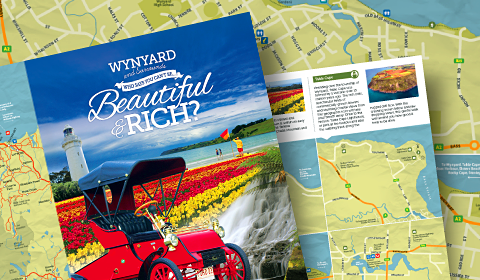